The Mound Builders and the Myth - DISCLAIMER: The video below is from 2006 (almost a decade ago!) - I apologize that it is obviously ten years ago in my education and low quality viewing but I have placed it here because it may still have helpful info for you to consider...

The Mound Builder story is actually an interesting story of it's own. This is because until recently, for hundreds of years archaeologists and historians alike made claims that the mounds of the Ohio and Mississippi Valley (and elsewhere) were made by some "lost civilization" and not the Native Americans that the first explorers and settlers met when they first were finding the mounds. Here is an actual page one from the "History of Waverly, New York" (Albertson) to see a reference to the Mound Builders and reference to them being the "lost race." 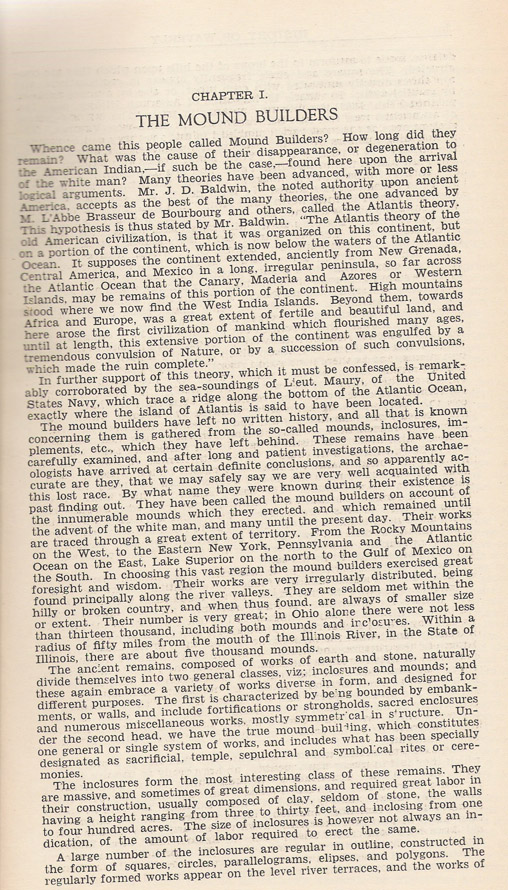 Anyway - the good news is that it is commonly accepted that the ancestors of the Native Indians now known as the "Shawnee," "Iroquois,"  "Cherokee," "Winnebagos" and others were some of the descendants of the people who once built mounds to facilitate their religious, political, and social structures and way of life.

Other Mound Topics:
LOTS MORE TO COME - CHECK BACK SOON!
Email ThisBlogThis!Share to TwitterShare to FacebookShare to Pinterest
Home
Subscribe to: Posts (Atom)