This is the official decision sheet from 1984 and it hard to read so I will type it all here:

Bomberger: Appears quite significant - but what is left? Yes if Kent says YES

Doutrich:  This looks like a job for SUPER ARCHAEOLOGIST (i.e. Sir Kent of Car.)

Alternative: (Barry Kent) This is NOT the site of Brule's Carantouan and very little archaeological material has been found ON the hill. It is a significant geological feature, but only by misinterpretation has it become a place of local historical interest. BCK 11/10/84 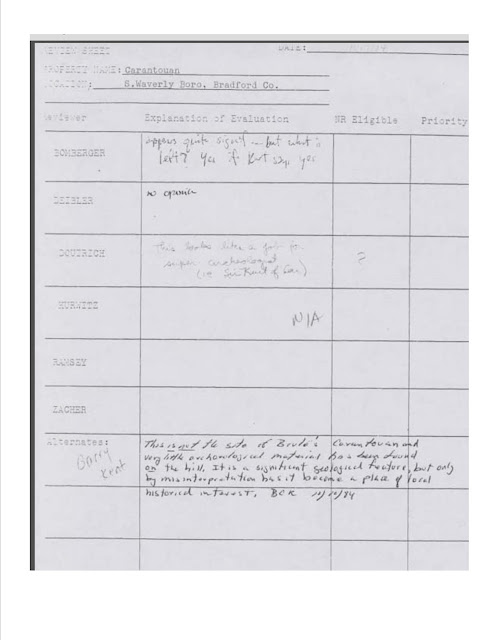 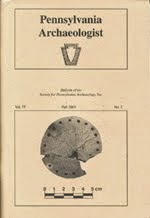 “Given the defensive character of Spanish Hill and reports of fortifications there, it seems a likely candidate as any for the fortified stronghold of Carantouan reported by Brule. Additional archaeological testing at Spanish Hill may one day answer the question of whether or not a Contact Era component exists at the site. Until more information is known, it seems imprudent to eliminate Spanish Hill as a possible site related to the nation of Carantouan, as some researchers have done (Kent 1984:300-301, McCracken 1984).” PA Archaeologist, Volume 75, 2, Fall 2005.
Email ThisBlogThis!Share to TwitterShare to FacebookShare to Pinterest
Home
Subscribe to: Posts (Atom)